5 of Our Favourite Campfire Games 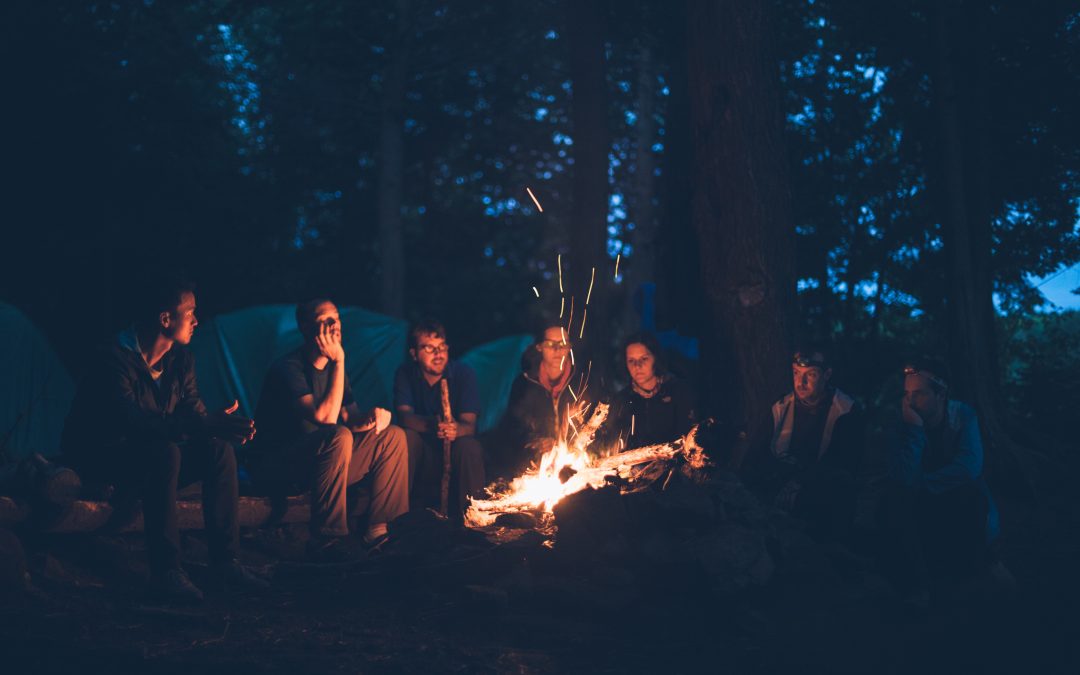 Here are 5 of Our Favourite Campfire Games for you to try next time you’re staying in our Geo Domes at Buffalo Pound Lake or our Canvas Cabins at Saskatchewan Landing Provincial Park!

Players sit around the campfire and the game begins when the first person whispers a message to the next person in line. The whispered message is passed in order from person-to-person, and the last person announces to the group the message he heard. Invariably, the message has changed as it’s been passed along, providing a fun laugh for all.

Get your acting pants on! The first person to guess what is being acted out becomes the next ‘performer’. Some people keep score to determine who will be an Oscar nominee of the future! And it can also be played in teams or to a timer to up the competition. But most games are played for the fun and silliness of it!

If you’re playing with children then it’s a good idea to have a few ideas written down for them to pick out of a hat. Otherwise, thinking of things to act out can stop the game before it’s even got going. You can even add a theme to the game.

This is an excellent campfire game for families to play. And a good one to test the old memory! I like to play it based around a camping theme.

The “Name Game” can be played at the campfire, on the trail, or anywhere that you might find yourself. To play, you’ll simply need to think of a category, such as celebrities or cartoon characters.

The game continues on down the line, with each successive person thinking of a new name by following the pattern listed above. However, if you think of a name that has the same starting letter for both the first and last name, such as “Adele Adkins,” the game order reverses and the challenge is sent back to the person who said “Hank Aaron.” This is a fun little game that keeps everyone on their toes, whether you’re sitting around the fire or walking down the trail. You’ll be surprised at how addictive it is!

Another popular option for kids of all ages, “Two Truths And A Lie” is a great ice breaker to play around the campfire. For this game, everyone needs to think of three statements about themselves: two truths and a lie. Then, one by one, each person will say all three statements while the rest of the group tries to figure out which one is the lie. With a bit of creativity, this game can be quite challenging and lead to some laughs along the way. Plus, it’s a great way for everyone to get to know each other, and to kick-start some chat if the children in your group are feeling a little shy.

There are endless amounts of campfire games out there, and you may have your own rendition that you’ve made of the ones we’ve listed above! Thank-you for taking the time to read 5 of our favourite campfire games!

No comments to show.